Posted by Christian Bogner on January 17, 2022 under General 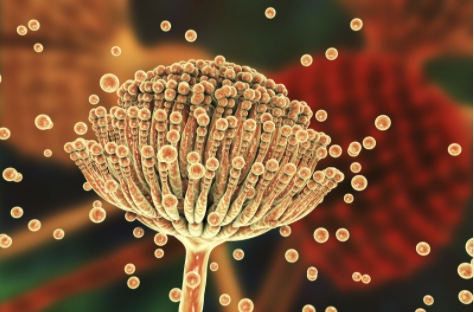 Over the last 10 years I have been looking for solutions for patients affected with autism spectrum disorders (ASD). Having explored countless approaches, some good and some not, I feel that we are finally getting somewhere in regards to improving the lives of these individuals. And this sometimes dramatically. I collected, betted and incorporated a lot of known agreed upon research findings about ASD and incorporated them into a looped system that appears to be a well-oil biochemical orchestra feeding on itself. And it’s most often not exactly a symphony.

Since the dramatic increase in autism prevalence over the last decades could be only partially attributed to better diagnosis practices, the possible role of environmental factors triggering the disorder has been proposed. It is now agreed upon that genetic susceptibilities to various epigenetic factors from the environment might be implicated in the increased risk of neurodevelopmental disorders, including autism (ASD) [1]. Heavy metals, pesticides, and other toxins found in food and elsewhere are recognized risk factors for ASD and may contribute to its severity [2].

Here I want to briefly discuss the implications of toxins secreted by mold in autism spectrum disorders and touch upon possible solutions.

Mycotoxins are produced by fungi, mainly by the aspergillus, fusarium and penicillium genera, and are not only inhaled in contaminated areas, but also found in our food:

More than 500 mycotoxins have been discovered, with new ones being added to the list regularly [7-9]. They are known to have toxic effects on the immune and neurological systems, generate inflammation and provoke damages to the intestinal barrier (e.g. “leaky gut”) [10-14].

Leaky gut means that larger than normal molecules pass through the gut wall. The term was first used in the late 70s and early 80s, after alcoholic rats (omg!) were shown to “leak” larger than usual molecules directly from the gut into the blood [36]. Animal studies have shown that OTA is immunotoxic, teratogenic, neurotoxic, hepatotoxic, and nephrotoxic. After a single dose of oral ingestion in humans, mycotoxins stick around for as long as 35 days (840h). There are limits of mold toxins permitted in imported foods, so this is a recognized (and tolerated?) contaminant [9]. 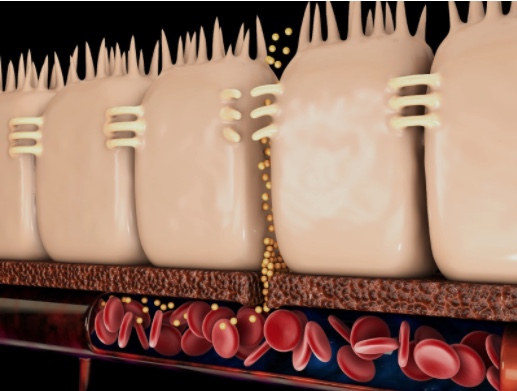 Ochratoxin A (OTA) and Gliotoxin, produced by Aspergillus and Penicillium species, are among the most abundant food and feed contaminants. They are toxic to the liver and kidneys, and they increase intestinal permeability, provoking protein and toxin trafficking through the intestinal wall, depleting glutathione and altering the so-called ‘gut-brain’ axis.

It is well-recognized that the gut bacteria (microbiome) affects the brain’s physiological, behavioral, and cognitive functions, although its precise mechanism has not yet been fully understood. What we do know, however, is that the change in this communication between the gut and brain impairs critical neuropsychiatric functions and has been reported to be implicated in autism [15]. The OTA mycotoxin has been found in higher concentrations in urine and blood [16] in the ASD group. Interestingly, when recalling the sex-bias in ASD, it was found that OTA exerts a male-specific toxicity [17-19]. 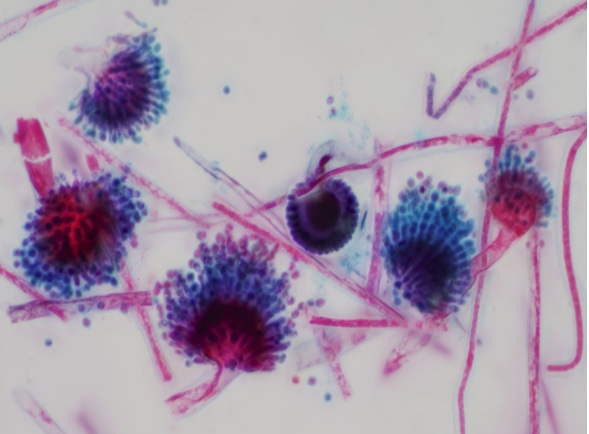 Children in general are particularly susceptible to the toxic effects of mycotoxins, due to their heightened sensitivity to immunological, nervous, endocrine and neurotoxic effects, as well as their overall exposure, considering their smaller body mass [20]. The maternal immune protection from pregnancy and during weaning are often not enough to support a child’s immature immune system against these toxins, especially when considering that the detoxifying systems in the liver are not completely effective yet and that children are often treated with broad spectrum antibiotics, leading to further GI inflammation.

What can we do?

I’ve used a few of the tests out there and find the accuracy of Great Plains Laboratory MycoTox test, which screens for eleven different mycotoxins, from 11 mold genera (a total of 40 species of mold), in one urine sample. In addition, genetic single nucleotide polymorphisms (SNPs) as well as neurotransmitter imbalances can be tested for in a multi-faceted approach in an attempt to correct deficiencies and other toxicities.

Since mycotoxins are often found to be contaminating dairy and wheat products [see food list above], it is not surprising that casein and gluten containing foods show higher IgG mediated immune responses in the blood of autistic children [16]. The gluten-free (GF) and casein-free diets demonstrate mixed results in the literature, but it has been shown that diets excluding these highly consumed foods improve GI symptoms [21-23]. Most functional and alternative practitioners recommend this as a first line approach. I hear more and more mainstream pediatricians on board with this as well. Avoid dairy. Avoid gluten. It’s not easy, but it’s cheap.

Post-harvest preventative measures in the literature suggest essential oil usage, including cinnamon oil, clove oil, and bay oil, as it has shown to prevent some mycotoxin production [24]. Turmeric oil, eugenol and whole clove in rice grains have been shown to inhibit other mycotoxin production and growth.

The use of microorganisms, including fungi and bacteria, to degrade mycotoxins in feed and food has been widely demonstrated [25]. For example, lactic acid bacteria and probiotics can bind to mold, including the Bifidobacterium and Lactobacillus species [26-28]. Saccharomyces cerevisiae is among the emerging microorganisms binding with certain mold species, e.g. Aspergillus parasiticus [29-30].

The bacteria Enterococcus faecium can detoxify certain mold types. It is interesting when I observe stool tests that patients present with that have this normal floral bacteria usually on the lower side of normal. Is it showing up low because it is working hard to keep mold at bay?

Additionally, substances that bind to mycotoxins can inhibit their absorption into the blood. Examples include cholesterol (some practitioners use cholestyramine or Welchol, which bind cholesterol in the gut), complex indigestible carbohydrates (e.g. inulin) and activated carbon (charcoal) [31].

Chitosan is the structural element in the exoskeleton of crustaceans (such as crabs and shrimp) and cell walls of fungi. It possesses antioxidant, anticancer and other non-toxic properties. The ability of chitosan to control the growth of fungi (and hence the production of mycotoxins) has been demonstrated. It is apparently so effective that it was suggested to be replaced for conventional fungicides [32]. One study suggests using about 1% chitosan and 1% lemon essential oil could prove effective in decreasing mycotoxins [33]. In one study, Chitosan achieved a maximum removal of Ochratoxin A (OTA) at 90%, among being effective against other mycotoxins [34].

It is the micro – environment where this all plays out. Here we can appreciate how ultimately complex the interplay between genes and the environment really is. In ASD, I propose a self-sustaining biochemical imbalance due to genetic susceptibility and epigenetic influences.

Once you plug-in an individual’s tested genetic variation profile into this machine, add about a hundred arrows going back and forth and actually listen to a patient’s complaints, you may appreciate the puzzle pieces coming together. Only then can we truly focus on the sacred individuality of each patient, recognize roadblocks that are necessary to avoid toxicity, correct deficiencies and ultimately bring back the balance our bodies are coded to seek.

We will split up these mechanisms, with more details in regards to well researched genetic variations and environmental influences, in subsequent reports. As always, the best advice I can give is to talk to your primary care provider about this information before implementing any changes to your current regimen.