Posted by Christian Bogner on June 5, 2022 under General 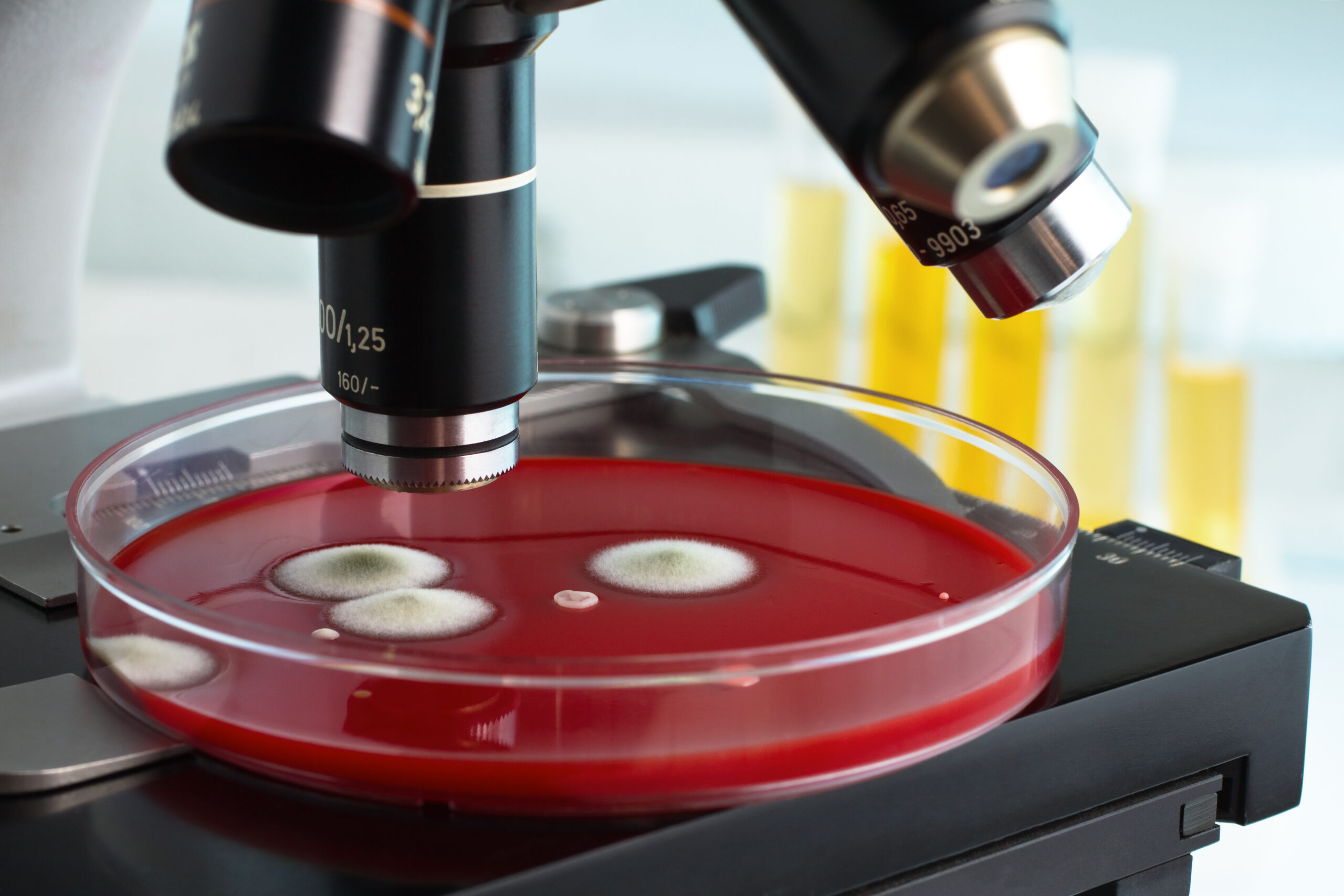 One of the World’s most renowned mold expert, Dr. Neil Nathan, reminded us in his book “Toxic” that millions of people are effected with mold toxicity, yet are entirely unaware if its existence.

Not surprisingly, the vast majority of patients affected with ASD have evidence of mold toxins in their urine. A research group from Italy working for the National Council of Research as well as the Department of Food safety in Rome in a study of patients affected with autism found statistically significant differences in the amounts of urinary Ochratoxin A, a potent immunosuppressive toxin release by Aspergillus mold [1] . This indicates that these individuals also have these toxins circulating in the blood, since, logically, urine is filtered blood.

To review, here are some of the effects of mold toxins in humans:

As discussed previously, it is generally believed that mold may colonize the GI tract and the sinuses and release toxins into the blood, causing the above problems, e.g. immuno-suppression.

But could there be actual mold itself in the blood as well?

A recent study by Professor Nadya Markova from the Institute of Microbiology at the Bulgarian Academy of Sciences found not only elevated immunoglobulins (IgA,IgG,IgM) against aspergillus in nearly all autistic subjects, but also the “L-form” aspergillus type, e.g. the actual mold, just deficient of its cell wall traveling through the blood. She concludes:

The unifying finding for autistic children and their mothers was the presence in blood of wall-free variants from life-cycle of Aspergillus fumigatus, a phenomenon of fungal “colonization” or “silent infection”. “Silent aspergillosis” may strongly influence development of immune and nervous systems in the early childhood and be a leading cause for neurodevelopmental
disorders.

One of my patient’s mothers from Bulgaria (permission given to share) took her son, who tested positive for mycotoxins in the urine, to Professor Morkova. She agreed to not only analyze his blood, which is an extensive and expensive process taking about 4 weeks, but to also translate the report into English, so we may further gain knowledge and understanding about this nefarious species.

The Professor took a sample of the boy’s blood and analyzed the sample under the microscope. This is what she found: 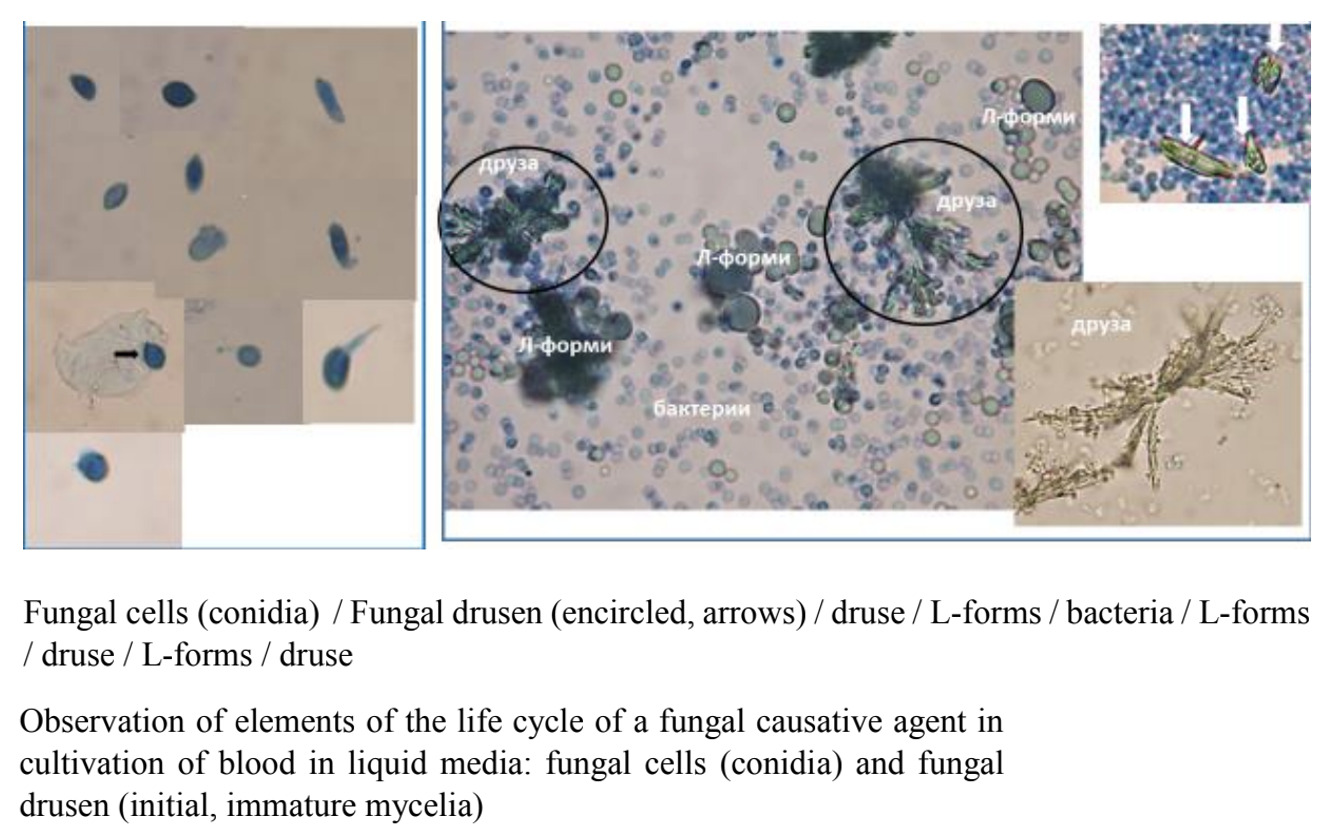 She actual found, according to her morphological description, appears like a fungal organism.

The Professor then took a swab of the above blood mold like evidence and cultured it on a petri dish…and lo and behold, after some days, it grew aspergillus mold: 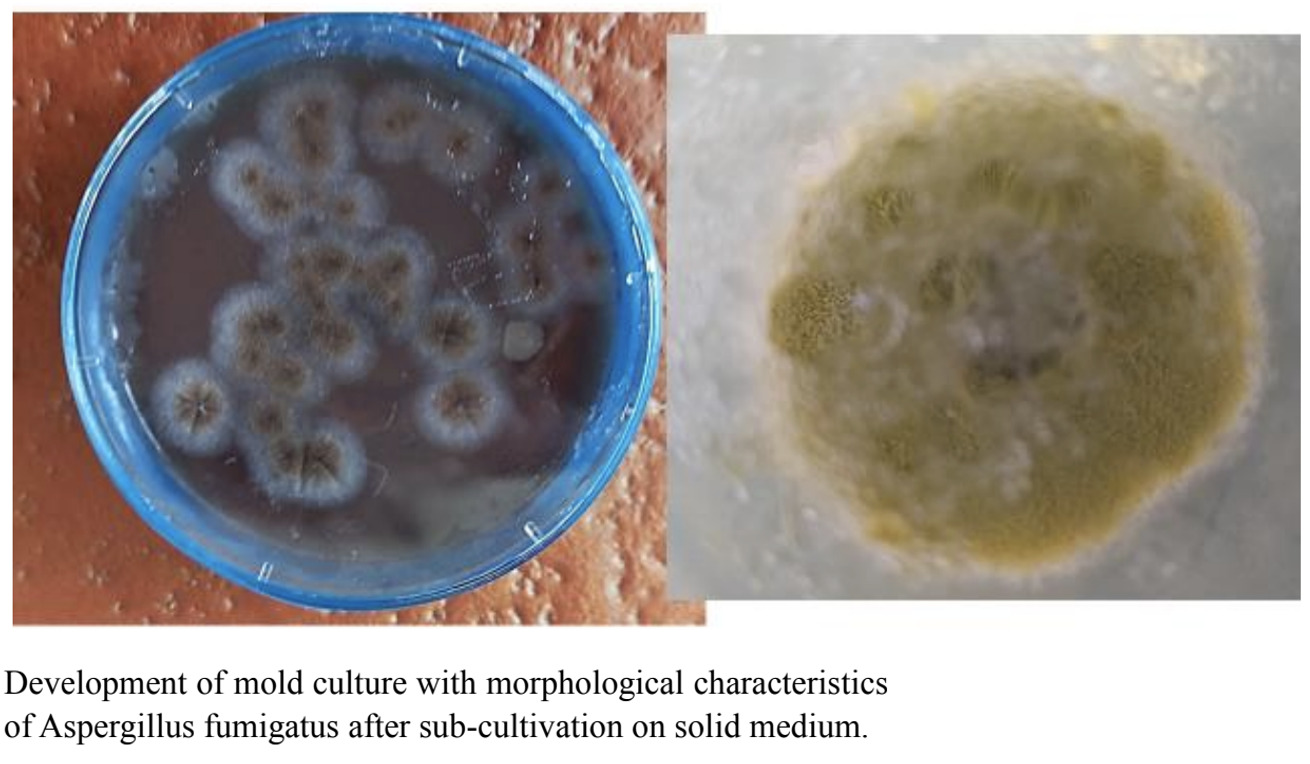 A study from Germany [20] interestingly reported about the technical aspects of mold survival mechanisms in the harsh environment of blood. The mold appears to enter a “starvation” mode. Importantly, they concluded that mold does not replicate while traveling in blood, but rather it appears that it is “holdings its breath”, perhaps until it reaches a target organ where it can settle?

Based on our results we propose that A. fumigatus cannot significantly grow in blood. Instead, after an early stage of sensing the environment, the fungus adapts by entering a resting mycelial stage, thereby shutting down virtually all uptake mechanisms and energy-consuming metabolic pathways.

There appears to be actual mold, not just their toxins, in the blood of individuals with autism (and to be honest, many, many other conditions most likely as well). No wonder we see cytokine elevations, oxidative stress, neuro-inflammation, auto-immune (PANS) conditions, immunosuppression and gut problems in many individuals affected with autism. Many questions remain, e.g. what other therapies besides antifungal therapy could be applied? Often we hear about marked clinical improvement when these individuals have fevers. Why? Do these transient mold fragments get thermo destroyed? IVIG has been tried by many, yet there are mixed results and certainly is not a “cure”, as the therapy needs to be constantly repeated in those with positive results. What about hyperbaric oxygen combination therapy? Studies are desperately needed to address this problem. I am interviewing Dr. Lamberto Re from Italy this week. He is the world’s leading expert on Ozone therapy. Overall, despite these new concerning revelations, we continue to make progress in putting the puzzle pieces together. I feel we have finally stepped in the right woods, so let’s keep digging.

[1] Full article: Role of mycotoxins in the pathobiology of autism: A first evidence

[18] Deficient Glutathione in the Pathophysiology of Mycotoxin-Related Illness

Yes! I noticed that as well…. Often we hear about marked clinical improvement when these individuals have fevers. Why?
I have always said she becomes more human. I even joked about making a head heating hat. She uses more words, she pays more attention to others and calmer.

Doctor,
My wife has small fiber neuropathy and is undergoing plasmapharesis for it (theurapeutic plasma exchange is another term I believe). She’s also a mold patient, double dreaded genes and terribly ill. The treatment is helping and we are speculating that the plasmapharesis (which cleans the blood of a particular antibody) is also removing mycotoxins. Maybe it would remove mold as well. Any thoughts on that? Possible treatment for ASD patients with mold?